Ambergris: City of Saints and Madmen; Shriek: An Afterword; Finch 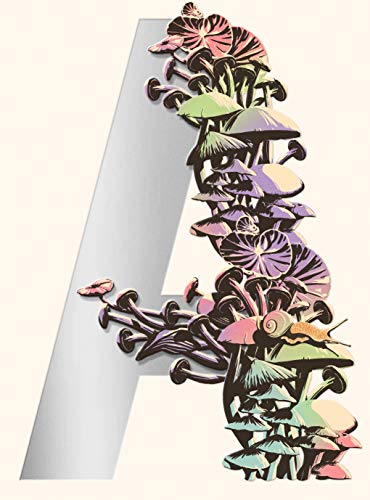 Ambergris isn’t a new novel; rather, it collects Jeff VanderMeer’s Ambergris novels: City of Saints and Madmen (2002), Shriek: An Afterword (2006), and Finch (2009). The three are, like all of VanderMeer’s work, brilliantly weird and magnificently disorienting. Also like much of his work, they’ve been intermittently out of print for a decade. The success of the film version Annihilation (2018), based on the first novel of VanderMeer’s Southern Reach Trilogy, drove demand for that trilogy in a single volume and demonstrated a real market for the longer, and perhaps even stranger, Ambergris novels.

Ambergris is a fictitious city in a half-mapped other world, but VanderMeer writes it with the authority of an author working in established territory. He gives no space to fanciful maps or gee-whiz elaborations of wonders. Dradin, the first of the omnibus volume’s protagonists, steps into a long-established world, which he considers only as the frame for his hallucinatory experience of love at first sight: “She is three stories up, . . . her seat near the window just above the sign that reads HOEGBOTTON & SONS, DISTRIBUTORS. Hoegbotton & Sons: the largest importer and exporter in all of lawless Ambergris, that oldest of cities named for the most valuable and secret part of the whale.”

Ambergris is lawless only in the sense that its civil government is a “mythic beast.” The city is a complex system, multicultural and multi-species, with layers of custom and history. The city’s discomforts are never quite anarchic. Rather, Ambergris is scarred by the struggles of capitalism and colonial genocide, taking place over generations in a never-quite-modern urban setting where typewriters abound but computers never emerge, and where fungi devour everything between one breath and the next.

Mushrooms pervade the city. Among the fungi move the mushroom dwellers or “gray caps,” small figures who sleep in the streets or underground, and who conduct “secret and arcane rites.” The gray caps are odd figures, poorly understood and often dismissed. Their nature emerges through Duncan Shriek’s guidebook to the city’s history (published by the above-mentioned house of Hoegbotton). The gray caps are the city’s apparently original inhabitants, slaughtered en masse shortly after human colonization, and Ambergrisians debate the gray caps’ intelligence. The gray caps do not speak or interact with humans much at all. Their persistent presence reeks more of vegetation than civilization.

Yet the gray caps are also the book’s unifying pattern. They obsess oddball historian Duncan Shriek. Shriek’s insistence on the gray caps’ intelligence, purpose, and ongoing labours derails his career. Most residents of the city dismiss the little beings as mindless and absurd. Most visitors fail to notice them at all. Most citizens have delved more shallowly into the city-text than Shriek has.

Shriek joins the gray caps as the book’s unifying force. His guidebook to the city’s history orients tourists and readers alike in City of Saints and Madmen. The history of Shriek’s life and work intersects with his sister Janice’s work in art curation and art history, and with a terrible infection of the mind in Shriek, an Afterword (that book itself framed as an afterword to the guidebook that stabilizes the first volume). In Finch, which takes place a century later and in wildly altered circumstances, Shriek returns as a way to clarify and connect apparently disparate events. The historian takes fragments of human experience and turns them into history that is almost (not quite) stable on the page.

VanderMeer is one of the foremost authors of the New Weird, that genre of deeply strange fiction that is neither fantasy nor horror but something far beyond what H. P. Lovecraft might have dreamed. VanderMeer’s visions are layered and mycological. To read them is to imagine one has devoured inadvisable fungi and fallen into the deepest parts of the mind.

The deep strangeness is only one aspect of Ambergris’ playful brilliance. VanderMeer is a master author, and this is a masterwork. Ambergris engages with colonialism and historiography, with scholarship and public discourse, urbanism and textuality. VanderMeer’s characters recur and write back to one another in deeply metatextual layers. The result is a Borgesian masterpiece, one that side-steps the political pitfalls of postmodernism in favour of a sharper and more conscious engagement with the nature of reality.