All the Children Are Home: A Novel 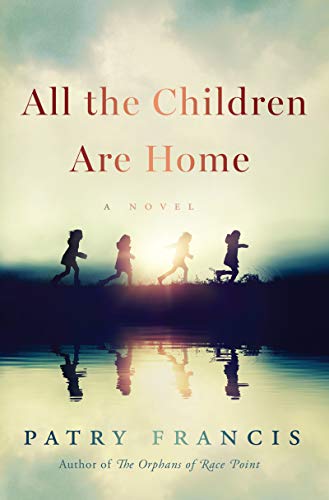 “A unique and heartfelt story that taps into an uncommon family dynamic, showcasing how love is resilient and healing, even among the broken and the brokenhearted.”

In her latest novel, All the Children Are Home, Patry Francis boldly takes on the theme of fostering children. It’s a topic not often written about, and what makes the story particularly appealing is the revelation of what can happen when children are placed with loving individuals in a “good” foster home. Within the foster care system, placement is occasionally only a temporary steppingstone until one situation or another is resolved; but sometimes the system itself, a child’s background, or a biological parent’s decision dramatically and permanently influences the child’s future, and even that of their foster parents.

Set during the 1950s and following the Moscatellis for a decade, the story opens with the voice of Dahlia Moscatelli, the foster mother. In the brief prologue, we have an immediate understanding that she lives in a self-imposed isolation and believes that through her marriage and fostering children she’s found a way to feel safe from what brought her to this state of mind in the first place:

“I used to think that if I just stayed home, I would be safe. So when the chance come, I struck a deal with a boy so homely and tongue-tied no one else would have him: I’d put some kind of supper on the table and sleep in his bed every night, and he’d bring me jigsaws, and teetering stacks of books from the library and never ask me to leave the house again.”

Dahlia is attempting to replace what she cannot have, and what she is afraid to have, which is connected to a horrific incident that happened to her at a young age, impacting her in ways that are irreversible physically. The event is eventually revealed, but for much of the novel the reader is only aware that marrying Louie, the tongue-tied, homely boy, instilled in Dahlia the belief she is secure, that the world can’t get to her again. That belief is shattered when Agnes shows up.

When six-year-old Agnes steps onto the page, it’s apparent she, too, has experienced much in her short time on Earth. Withdrawn, afraid to speak, particularly to adults, who so far haven’t been kind to her, she retains vague memories of her mother and a troubled sister. Agnes understands she has an otherness to her that only starts with her dark hair and eyes. An indigenous child, she arrives at the Moscatellis as an “Emergency.” She has been subjected to negativity about her looks, where she comes from, and who she is, thanks to Mr. and Mrs. Dean, the foster parents who locked her in the attic and made sure she knew she wasn’t worthy of their time or efforts.

“Yourmother (sic), they called her, like she was something bad and I was the one who did it.”

“I didn’t grow right, or talk right, or look right, but it didn’t matter because nobody would ever want to talk to me or look at me anyway.”

Of all the foster cases the Moscatellis have had, Agnes’ is the most heart wrenching, but within her, she understands what has happened to her so far is not her story.

“No, mine was the story of the river. I had never seen it or heard its name, but it was the only thing that never abandoned me. When I sat on my crate and watched the kids next door, it ran and leaped. When I kept quiet so I wouldn’t wake Mr. Dean or scare the asthma, it sang in the dark; and when I thought I was all alone, it reached out and stroked my face.”

Zaida, another foster with the Moscatellis and biological big sister to young Jon, is immediately in tune with Agnes. She is caring, and compassionate, and is the one able to get her to open up after she first arrives.

“I unclasped the plastic shamrocks on each side of my head and attempted to clip them onto her hair, but it was too thick and tangled to hold. ‘Don’t worry. We’ll get you some bigger ones.’

“Agnes fastened one onto the top layer of her hair and returned the other one to me. ‘You have that one; Agnes have this one.’”

Jimmy, the oldest foster of the Moscatellis at thirteen, is the opposite of Zaida. But Jimmy is struggling with his own identity, and while he first comes off as rude, brash and unapologetic, before long, Agnes will hold not only his heart, she will captivate them all. She will belong, and she will not have it any other way.

These children who come to Dahlia and Louie, the ones who stay, finally begin to understand their individual connections. Each of them has something that motivates them, scares them, and makes them who they are. These situations are carefully revealed, and as the children move through their self-discoveries, they begin to learn they have become as connected and strong as any biological family.

Francis’s writing is impeccable, and her observations of people are compassionate and perceptive. She slowly unfolds each character’s backstory with care, depth, and with an intuitiveness that brings about a successful and satisfactory conclusion. A unique and heartfelt story that taps into an uncommon family dynamic, showcasing how love is resilient and healing, even among the broken and the brokenhearted.