All the Beautiful Lies: A Novel 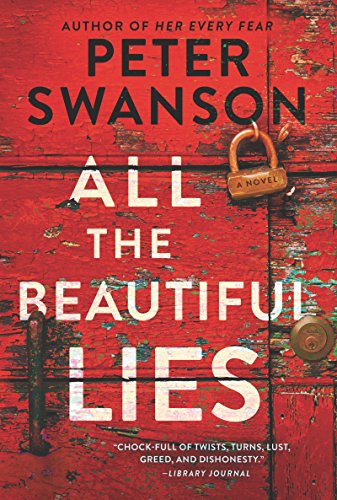 The sudden death of Harry Ackerman’s father opens the door to an explosive mix of seductions, obsessions, and dark secrets from the past.

Harry, days away from his college graduation, gets the news of his father’s death in a phone call. The call comes from Alice, his father’s second wife, an enigmatic, sensual woman who’s barely 13 years older than Harry. But she looks and acts much younger, and it’s disturbing to Harry, blurring the boundaries of her role as his stepmother.

When Harry arrives home in Kennewick, Maine, he’s told by the police that his father, while out on a walk, died as the result of a fall from a cliff. An unfortunate accident. Alice is seemingly heartbroken, immediately turning to Harry for comfort; and she does it in a way that leaves him wondering if she’s a grieving stepmother or a dangerous seductress.

But Alice’s mixed sexual signals aren’t the only dilemma for Harry in the aftermath of his father’s death. Almost as soon as Harry returns home, he meets a lovely girl from New York named Grace McGowan. He’s instantly attracted to her, and yet she seems to be lying to him with every word, carefully hiding who she really is and why she has suddenly shown up in Kennewick.

Then to add to Harry’s problems, Alice floats the idea that his father may have been murdered. When the police begin to investigate, Harry learns that his father wasn’t what everyone thought he was.

Harry’s father, a man obsessed with the secrets and clues in mysteries, the man who ran the local mystery book store, turns out to be someone who was hiding secrets of his own.

Exploring the characters and their secrets through a “Now” and “Then” format, the story shifts between the present and past, revealing startling darkness in the souls of almost everyone in Harry’s world.

The book is well written, keeping a clear, easy-to-follow flow among the characters and their intertwining histories. As the layers are peeled back, there are revelations that are unexpected and at times haunting. Alice’s backstory is the most compelling; some aspects of it are sad, and others are unnerving to the point of being creepy. Grace’s story is interesting, but much tamer and more predictable. While Harry’s story, the one that should bond the reader with the book, is a bit blank.

As the young man at the center of a mystery that will alter his life forever, Harry is a monotone. A guy that things happen to. Someone aware of what’s going on but not passionately involved. And if Harry isn’t passionate about his story, it makes it hard for the reader to be.

The questions surrounding Harry’s father’s death, and the people involved with it, are intriguing, and Harry’s low-key approach takes the edge off what could have been a knife-sharp mystery. The result is that All the Beautiful Lies isn’t a stay up all night, page-turner. But the author is a skilled writer. Peter Swanson keeps you reading to the very end, wanting to find out who killed Harry’s father, and why.

Dianne Dixon's most recent novel is The Other Sister, nominated for the 2017 Mystery Writers of America's Mary Higgins Clark Award.