After Mandela: The Struggle for Freedom in Post-Apartheid South Africa 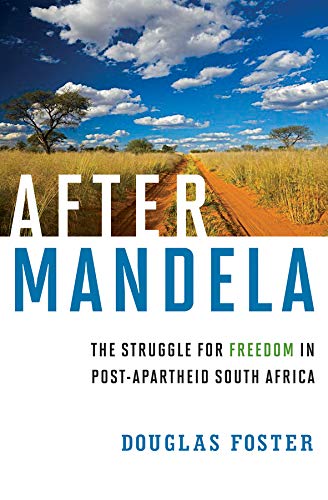 After Mandela: The Struggle for Freedom in Post-Apartheid South Africa explores whether the new South Africa, the so-called “rainbow nation,” has been able to live up to its original dreams of a nonracial, nonsexist, and egalitarian nation.

The degree of enthusiasm with which renowned journalist and academic Professor Douglas Foster grapples with the question from the grassroots level both enlivens the text and motivates the reader to probe the complexities of such a diverse and complex society.

Dr. Foster seeks to replace the international mood of general angst about South Africa with some hope that the strengths of its leadership and the resilience of its people will outpace potentially growing instability. He believes this will help ensure that it continues to thrive as both a major economic and political role player on the African continent in the 21st century.

Dr. Foster’s viewpoint is extremely well balanced. A journalist with foreign roots and a solid reputation in his profession, he has a salient and insightful perspective relatively untarnished by the degree of propaganda permeating the country’s official media channels, which, in some cases, appear as warped and distorted in their reportage now as they ever were under the preceding apartheid regime.

The sense of immediacy of Dr. Foster’s work makes reading the fluent text riveting. His writing is so clear that even those who know little of the climate and layout of the country, topographically or politically, can quickly master the ebb and flow of this trouble laden yet promising country that has only within the last two decades started to emerge from its turbulent past.

Dr. Foster’s familiarity with the colloquial languages of South Africa allows him to use expressions in a lively and informative way. For example, his introduction to the book, rather musically referred to as the “Overture,” is titled “Baleka Uzohaqwa!” meaning “Escape Before You Are Injured!” He is clearly at ease and confident in his writing, a reflection of many years spent as both an academic and a journalist.

With After Mandela: The Struggle for Freedom in Post-Apartheid South Africa Douglas Foster aims to offer fresh insights into both the staying power and the weaknesses that characterize the Jacob Zuma government—especially in light of other key leaders also directly responsible for the evolution of the country as a democratic state.